Were The Disciples Teenagers?


An intriguing question to undertake. No doubt there are people on both sides of this encounter. But, this is The Teen Decade, that period of time that happens once in a century. The seven years of '13-'19. So, why not go there. I have been calling this generation to seek The Greatest Awakening America has ever seen through this decade; especially because they are the only living generation to not see a spiritual awakening in their life time. Could they be poised to lead The Next Great Awakening in American history? Search this blog and you will find numerous articles since 2012 on this topic.

Here is a thought to consider today with this Teen Decade theme. The age of the Disciples. How old were the Disciples? Does theology give us hints as to how old the disciples of Jesus were? Although there is no conclusive evidence, here are my thoughts that suggest Jesus’ twelve Disciples were probably as young as teenagers and certainly young adults. 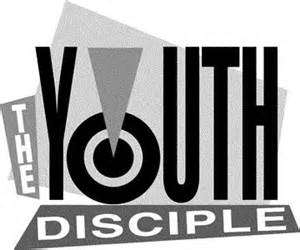 Evidence For Youth Disciples
I have taken my study and thoughts from several sources, including Bible scholar Ray Vanderlaan, the text Manners and Customs of the Bible, and also the historical context understood in the 1st century through reading several commentaries. And, as mentioned above, we do not have conclusive evidence, but, it is a blast thinking through this and what this theory has to say about the Millennial and the 'Y' (or 'like') generations living in America today.

First, the way Jesus interacted with the Disciples
In several texts (Matthew 11:25, Luke 10:21, John 13:33, John 21) Jesus calls his Disciples little children, or, uses other phrases that are similar, such as “little ones”, "Children", and "ewe's". Often Jesus would give us the indication that the Disciples were inexperienced at fishing, social misfits, and even use parabolic language with them when He was alone with them. Having often to ask them "Do you not understand?". This careful treatment would be a hint into the IQ and the EQ of the Disciples and certainly tells us that treating adults like this would be insulting.

Second, most of the Disciples were unmarried
Peter was the only Disciple that we know was married. Because Jesus healed his mother-in-law (Matthew 8:14-15). According to 1st century tradition, a Jewish man most often than not received a wife after he turned 18. There was no mention of the other disciples’ wives. Now, of course, they could have been. But, given this information, it makes sense that most were unmarried and possibly under the age of 18.

Thirdly, the process of education in Israel
Ray Vanderlaan writes, according to the Avot 5 (from the Mishnah: rabbinical commentary that was added to the Old Testament), what we learn of the ancient Jewish education traditions. That scripture study begins at age 5; Mishnah study at age 10; Torah obligations at age 13; continued rabbinical study at age 15 if they were chosen to be tutored by a formal teacher or apprenticed to a trade; they would be married at age 18; and their formal teaching would begin about age 30.

If the Disciples didn’t find a rabbi that accepted them as a student, they would most likely enter the workforce by their mid teen years. The Disciples were already working at their trades when Jesus chose them to follow Him. No doubt the life of Christ was draw enough, but, each of them were ready to begin a life of learning under the Rabbi par excellence.

And because Rabbi's were allowed to begin their instruction at 30, the fact that Jesus began teaching at the age of 30 is strong proof that He chose these young men as His first co-hort.

Fourthly, look at the Temple Tax
Remember the discussion with Peter? When they were talking government and civil duties. We find the story in Matthew 17:24-27 where Jesus instructs Peter to get the tax from the mouth of the fish. Peter finds a shekel in the mouth of the fish that he catches and pays the tax. Not enough for all of the Disciples because maybe they were too young to pay this tax.

We see that in Exodus 30:14-15, Jewish law states that every male over the age of 20 is to pay a half-shekel as census offering when they visit the temple of God. A foretelling sign of their age?

Fifthly, look at the zeal and child-likeness of the Disciples
See how they were arguing like teens about who was first, or how they were so afraid of the storm that hit their boat (would a seasoned sailor do that?), were disturbed at children around them (does anyone want their little brother or sister playing around them?), or how often they were distracted or did not understand what Jesus was talking about.

And the fact that they were quick to admit their failures and be corrected at the same time. Or, when it was time to spread the good news of the gospel of Jesus, they were the voices sent to the entire region of the then-known world throughout Asia-Minor. Without asking why! Looking at these factors, it is easier to understand Jesus’ patience with them and His teaching style.

Whether the Disciples were teens or young adults, we do not know exactly. But, this is an exciting thought for me. Having worked with young people for over 30 years now, I can see so many encouraging signs that are applicable to this coming Teen Decade and teenagers. So much promise. And possibility. That maybe the teenagers in America are poised, much like their counterparts in the first century, to begin another revolution.

Teenagers have played a significant part of world history and not just biblical history. And I am believing they will play a part in The Next Great Awakening for America. Maybe this band of teens today in America will be struck by the modern day message of Christ and do something as significant and lasting as the original Disciples of Jesus.