December 08, 2010
There is a middle eastern custom called "A Bellwether".  It is derived from shepherds who used to put a bell on the castrated goat of a flock so that the sheep would follow that goat.  Because of the bellwhether sheep, the shepherd could know where the flock was based upon the noise the bell made.


Similarly, in leadership, there is a bellwhether who is central to the movement of a corporation, team, family, or church.  Someone who "rings the bell" or creates movement.  Trend starters in culture are seen as people who are bellwhethers.  They influence the trend and give the direction that a culture is tending.


I believe that this concept relates to the pastoral calling in two ways: First, we have been called to lead.  To lead our people and the city in the salvation of the Lord. And second, we must be willing to stretch ourselves and be the avant-guarde creating movement and momentum for the kingdom of God.  To make a 'sound' for Christ that is distinguishable from all others present in our day.

John 10:5, "And a stranger they will not follow, but will flee from him: for they do not know the voice of the stranger." 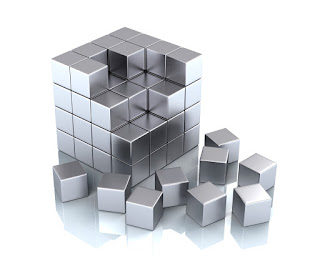 The First Steps In Youth Ministry

It goes without saying - we should have a balance of culture and scripture in Youth Ministry. But, there is a reality of the Youth Ministry setting that leans far to the culture setting model. There is a reality of the Youth Ministry setting that cannot be learned in a book or a classroom. I've seen this play out many times as young leaders step into positions of leadership. And right now, with many transitions in Youth Ministry across the country, I want to address some practical foundational strategies for starting a Youth Ministry with an emphasis upon scripture over culture. One of the elementary tasks of the Youth Pastor is to lead students and leaders to develop their own spiritual formation and to build disciples with the word of God in mind. The Youth Pastor must give attention to the theological dimensions of ministry. A ministry that is deeply rooted in the truths of scripture will be one of great success. A ministry deeply rooted in the traditions of culture w