March 28, 2017
Snowflake is the new term for our generation. You know, soft. Or fleeting. Or if you lack constancy. Or if you have no constitution. Or if you need Safe Places on the University Campus. Or if you are Thinking Critically and not doing Critical Thinking. This isn't a new thought. And 70% of us are unhappy with our country (CNBC). Maybe we should turn off 1 of our flatscreens and thank our boss for a job. This isn't a new problem. 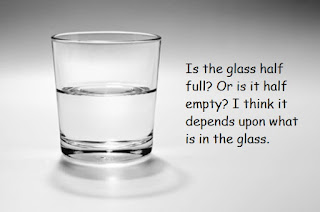 A few years ago, “The David Letterman” show identified the present American attitude toward life.
The popular talk-show host, David Letterman, began his late-night show with the following words on America and our attitudes.

“As most of you know I am not a President Bush fan, nor have I ever been, but this is not about Bush, it is about us, as Americans, and it seems to hit the mark. Maybe you hear how bad the President is on the news or a talk show. Did this news affect you so much, make you so unhappy you couldn't take a look around for yourself and see all the good things and be glad? Think about it. Are you upset at the President because he actually caused you personal pain?"

His comments were in relation to the Newsweek magazine article and poll that alleged about 67 percent of Americans are unhappy with the direction the country is headed and the state of the USA in 2008. In essence, the article was saying that 2/3 of the country is negative about the condition of our country and they want a change. Here are we are almost a decade later. And the same thoughts are being replayed today in America repeatedly on all media outlets.

This all made me think about what we have here in America. No, our country isn't perfect. But maybe we need a little perspective. Letterman went on to ask the question, 'What are we so unhappy about?'
-Is our unhappiness that we have electricity and running water 24 hours a day, 7 Days a week?
-Is our unhappiness the result of having air conditioning in the summer and heating in the winter?
-Could it be that 95.4 percent of these unhappy folks have a job?
-Maybe it is the ability to walk into a grocery store and see more food than Darfur has seen in the last year?
-Maybe our unhappiness is because of our ability to drive our cars from the Pacific Ocean to the Atlantic Ocean without having to present identification papers as we move through each state.
-Or possibly the hundreds of clean and safe motels we would find along the way that provide temporary shelter?
-I guess having thousands of restaurants with varying cuisine from around the world is just not good enough either.
-Or could it be that we are unhappy because when we wreck our car, emergency workers show up and provide services to help all and even send a helicopter to take you to the hospital if you need it.
-Perhaps you are unhappy because you are one of the 70 percent of Americans who own a home.
-You may be upset with knowing that in the unfortunate case of a fire, a group of trained firefighters will appear in moments and use top notch equipment to extinguish the flames thus saving you, your family, and your belongings.
-Or if, while at home watching one of your many flat screen TVs, a burglar or prowler intrudes, an officer equipped with a gun and a bullet-proof vest will come to defend you and your family against attack or loss.
-Could it be that we are unhappy with a few things but forget that we live in a neighborhood free of bombs or militias raping and pillaging the residents.
-Neighborhoods where 90% of teenagers own cell phones or computers or cars.
-Or are we unhappy because of the complete religious, social, and political freedoms we enjoy that are the envy of the world?

Is this what has almost 70% of people today in America unhappy?

Gratefulness goes a long way. It changes perspective. Is the glass half full or half empty? I think that all depends on what is in the glass.

Instead of Critical Thinking, we are Thinking Critical. There's a big difference. Have we become more critical than we are thinking? Quite a lengthy sermon from a much larger pulpit than most ministers have in America. Maybe we have lost our gratitude and willingness to focus upon the beauty around us. Maybe our perspective needs to change. Letterman completes the rant with these closing thoughts:

“Fact is, we are the largest group of ungrateful, spoiled brats the world has ever seen. No wonder the world loves the U.S., yet has a great disdain for its citizens. They see us for what we are. The most blessed people in the world who do nothing but complain about what we don't have, and what we hate about the country instead of thanking the good Lord we live here.”

Are we spoiled? Unable to think positively? Where are our principles? Our constitution? I’m not asking that we turn the other cheek and settle for mediocrity. I am not asking that we build a Pollyanna façade of a nation that isn’t willing to look deep into our hearts to find injustice and to rid ourselves of it. I know we are living in the face of hurricanes, earthquakes, tornadoes, fires, racial injustice, and moral declination. But, to also see the blessings that surround us should change our focus upon the kindness around us also.

And that kindness, Paul said in Romans 2:4, is the kindness of the Lord that should lead us to repentance.