August 08, 2015
It really isn't a buzz word anymore. It came on the scene a decade ago replacing the classic language of 'discipleship' for a more accountable term. It is called MENTORING. And some call it coaching or consulting. Whatever term we use, we may be living in the greatest mentoring void in history. How do we know this? Because the greatest success in mentoring takes place in the home. With family. 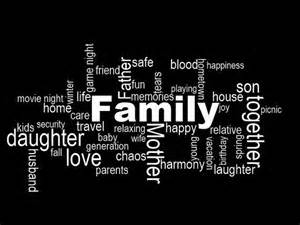 
Many of the pioneers in mentoring (from Leonard Sweet, Dan Reiland, and The Coaching Network) intended a more direct and relational approach to development. In the corporate setting and the church. But, what we must remember, is that family is the beginning of mentoring. That is why I have been saying that we are not only raising a 'Fatherless Generation' anymore. As a matter of fact, we cannot only say that we are raising a 'Motherless Generation' anymore. Things have changed. We are now raising a 'Siblingless Generation'. Because young people today are growing up without a father, mother, and sibling to help shape their person. And that is the greatest mentoring void we have ever seen in our world.

We need another set of pioneers in mentoring today. And that begins with the family. We need more fathers, mothers, and siblings in the development stages of children. Youth in America today are growing up in a different world from the one their older siblings grew up in only 10 years ago. Whether we are talking about the terror war, the killing of Christians, the marriage amendment, the rewriting of moral codes in culture, the redefinition of rape, the legalizing of marijuana, or even the freedom of religion in the classroom, we are seeing a shift in the American constitution and the direction of our nation. By constitution I mean not only our own make-up or moral fiber, but, also, the Constitution of the United States. This world teens are living in needs mentors in a big way. Because a mentoring void has ruined the family and ultimately the moral fiber of our nation. If mentoring is the ultimate culture shaper, then we must see a renewed emphasis on the family.

The New Mentor (Culture Shaper)
No doubt our country is in a better place when the family is stronger. Because the family is the greatest culture shaper of a nation. So we must begin there. We cannot see a continued mentoring void in the family. The kind of dialogue we are having about American renewal shouldn't focus solely upon economic, religious, corporate, educational, and governmental systems. Our dialogue should focus more upon family systems. To forgo the conservative values that have been at the foundation of a nation in the face of secular humanism would be more detrimental at this moment in American history.

Here are 4 ways to create a family mentoring process and assure that the family continues as a culture shaper in America today:


1. Early Family Principles. Any society that replaces absolutes with tolerance will lose its moral compass. Decide when dating, when marrying, when raising children, and when retiring what your absolutes are going to be. And never get away from them. If we lose our non-negotiables in family discussion, we lose them in the public square of discussion. That will only produce more confusion. This includes family heritage, honor, guidelines, and values to live by. Additionally, when we place the bible at the center of family education and development, we will see a renewed America.

2.  Restoration of Parental Leadership. Why is parenting being attacked today with such undermining force? I believe it is partly because we have lost the emphasis of parenting in the church and culture. And this has caused a loss of development and values in our young people. As our personal constitution was coming under attack and secular humanism was rewriting codes, we missed our opportunity to correct this. Television shows, movies, pop music, and even school scheduling have all led to the degradation of parenting at the cost of destroying family leadership. At the same time, leadership in these public arenas have pushed the envelope in trying to tell young people what is right and what is wrong. Parental leadership in the family should be the first voice in developing the children who will develop our country.

3.  Loss of respect for authority. If our children are not being raised with biblical role models in the home, how can they respect secular role models in culture? We have become averse to correction in our personal lives publicly because we do not receive it in the home privately. I'm convinced that most of the reason we are where we are today in culture, is because of the lack of respect in our homes. I can remember being spanked, threatened, and grounded for swearing or lying. Today, we cannot spank, threaten, or ground our children without the fear of being under suspicion of child endangerment. And this must be corrected. Contrary to public opinion, it is alright to have a parent, a coach, a teacher or mentor in your life who intimidates you.

4. Family Practicality. Let's get practical: family dinner, family vacation, family games, family night outs, and family devotions are almost a thing of the past. A past that was much more healthy than the one we have today. When is the last time a father played catch with his son, a mother went shopping with her daughter, or the family went to the movies together? Watching the mother of the teenager in Baltimore pull him from the rioting was refreshing to me. And a practical modeling of the kind of parental involvement we are missing. Amusement, relationship, and entertainment can be a regenerating thing to the family. Try it and see the results.

These leadership vacuums must be dealt with before we see an American renewal. The Millenials have lost the Christian principles that should have been demonstrated to them by parents. Now they will have to discover these by themselves. The redefining of America will happen as this generation values family above all and bring a revision for the ages. Mentoring at the family level is vital to a healthy society. Of course we need pastors, coaches, teachers, managers, neighbors, and friends who will fill the role of mentor. But, elementary to a healthy society is the family as mentor.