An Attitude Change Could Bring Reform To America 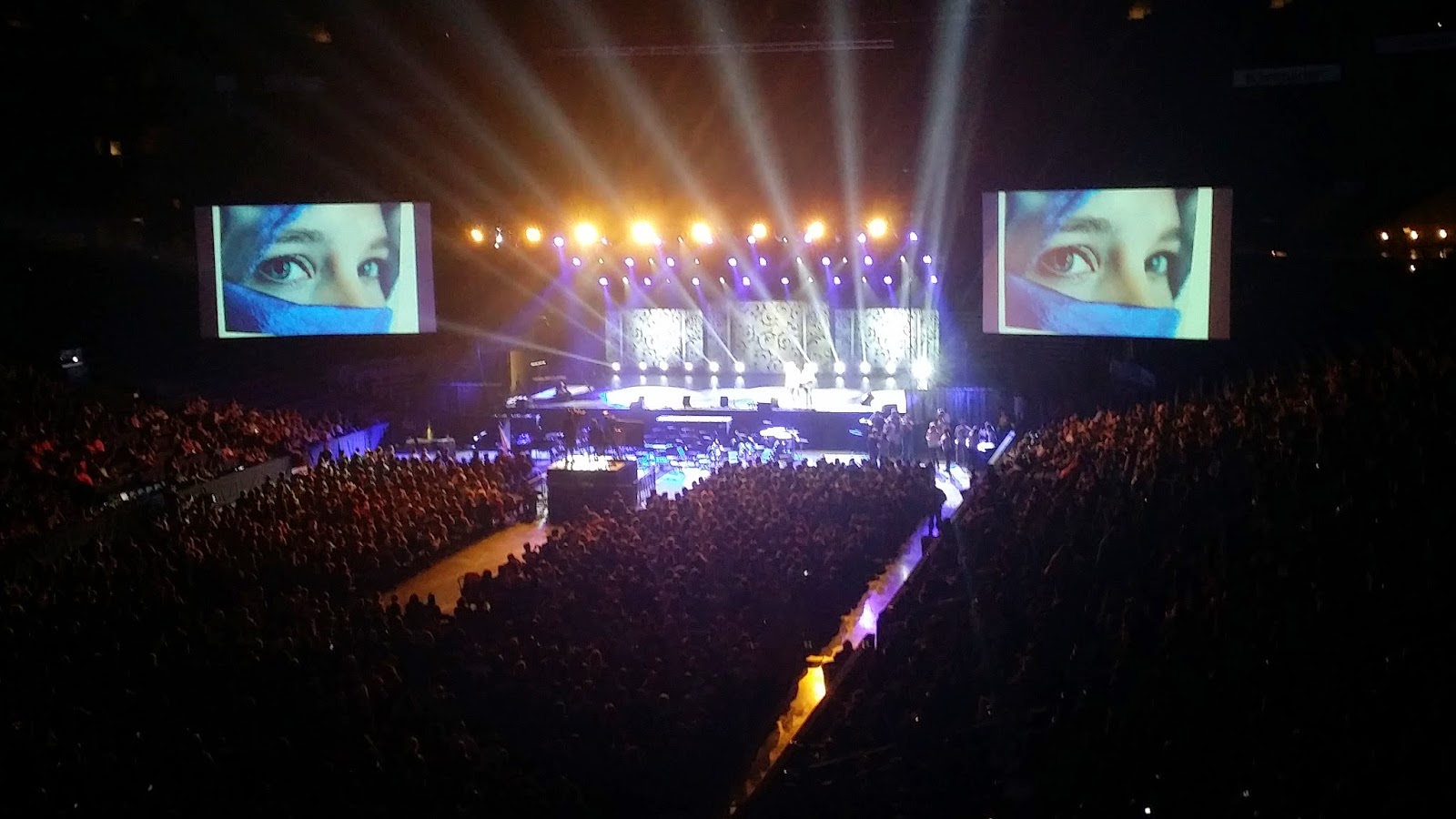 This picture has become so prophetic to me...as the world is focusing upon racial tension and global religious hatred, especially violence upon Christians. But, if you could have been here just a few months ago in Columbus, Ohio, you would have heard thousands of teens praying for world peace.

A few months ago I was with 12,000 American Christian Teenagers praying for Muslim's and Muslim extremist's all over the world. I can still hear their prayers. I hear the prayers of Christian Teenagers for Muslim's as I live with many peaceful Muslims here in America. Walking by them and catching eyes and trading pleasantry. Speaking peacefully across the counter or at the restaurant. Helping children across the street or talking with them at their bus stop on the way to school. In many ways just like you and me. Of course there are cultural and spiritual differences. But that doesn't have to separate us from each other.

And I hear the prayers of Christian Teenagers for Muslim extremist's during every newscast of Christians worldwide killed by Muslim extremists. The battle for personal spiritual freedom going on inside of someone is as powerful as the battle for religious oppression and anger. Christ said that we should not repay evil with evil. And I hear thousands of teens praying as I watch every newscast or read the latest article.

And I hear the prayers of Christian Teenagers for the racial tension in America. When I walked by two African men and an African American man and said to them, "What's up brothers?" recently, I was reminded that not everyone wants to be called 'brother' by a white man! I could hear the prayers of thousands of young people as I spoke with these three men on the streets of Minneapolis and assured them that I meant that respectfully. By the time the conversation was over we were acting like 'brothers' and parted as friends.

Before Christ came into the city of Jerusalem and brought the battle, He was broken. Before Christ came into the Temple and brought the whipping, He was weeping. As He stood on the Mount overlooking the city, He wept. From there He was in the right mind to whip. I'm not saying there is no place for battle. Biblical and world history defines it well. But, revolution in every society requires righteousness. Reform without truth is not lasting. Attitude is everything. (Matthew 10 and Luke 19)

And God gets involved in that fight. And the reform we are looking for takes place super-naturally. Healing begins with our attitudes. Change attitudes and we change our society. The Prince of Peace will bring Peace if we go about it the right way.

It is more about Truth than Elitism

In the midst of everyday life, and even persecution, the young people that I know are praying for Christ to be known by all. It doesn't make them elitist or special. Christians do not feel elite. We simply know what we call Truth and want all of creation to know this Truth also. It isn't about 'us' and 'them'. This stadium filled with thousands of American Christian Teenagers was more about humility and hope and less about elitism and anger. And even in the midst of global persecution and the cultural religious wars in America, there were no riots and no protests at this convention in Columbus. Somehow, praying for world peace affects your attitude and actions at home.

We see a balance between war and weeping.

Christ said that He came to bring the battle. He came to bring a division. But, do not mistake that for constant aggression and hatred and war. You have to see the outcome that Christ was asking for. The battles that I have experienced in my life have most often times been fought with tears and brokenness. And not simply battles of anger. They have been battles with the sword of combat that brings division that results in PEACE! How can the Prince of Peace bring anything but His character? Sometimes it simply takes battles of brokenness to get us to a point of peace.

I believe the mission of the church is more about the kind of love Christ displayed in this chapter by saying 'fear those who kill the soul' more than those who kill the body. Remember as He wept over Jerusalem? Standing on the Mount overlooking the city He wept for it. Before He walked down into the city and into the temple and began whipping, He was weeping. Weeping must always come before whipping.

You can learn more about the mission of Christian young people in America at these addresses: