Youth Of A Nation

Different shapes, sizes, colors, personalities, attitudes, backgrounds, and even faiths. DIVERSITY is one of the buzz words in our culture. Living in one world are all kinds of thought. And yet God has created us in this spectrum and has a plan for all of our lives. Even a Junior Higher. What a crazy plan. 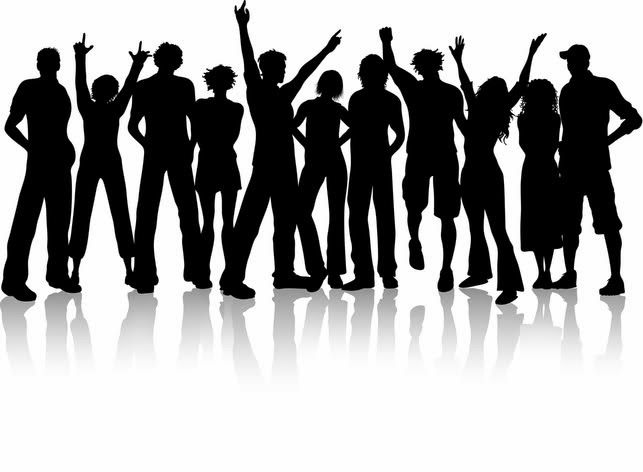 Our culture has this generation wrapped around its slick marketing ploy. They have created CONSUMERS out of teenagers. When God has created you to be PRODUCERS. They call this set of teens ‘generation y’ and ‘Merchants of Cool’. But God is also raising The American Christian Teenager to lead this sect and to become a voice that is led by the Spirit! (Zech 4.6)

We cannot underestimate the plan that God has to reach this planet. It involves the young people of this generation. And that means you. Many young people have been led by the Holy Spirit since bible times (David, Esther, Jesus, Peter, and Paul). And you and I need the same work of the Spirit in our own lives. If these great leaders in the Bible needed the power of the Spirit, each of us definitely do also. The work of the Spirit has been seen in every generation from the beginning of time.

-2/3 of teens will leave their faith after high school. Why? 87% of the college kids surveyed said it was their friends who led them away from the church.

-Although 8 out of 10 teens say they are Christian, only 2 out of 10 also claim to be “absolutely committed to the Christian faith”

-Only 50% of Christian teens read their bible once a week

-It doesn’t matter if you are a gym rat, brainiac, skater/alternative, rocker, shopper, PK, or whatever. God has a plan for your life. Listen, a life of drugs, alcohol, sex before marriage, suicide, cutting does not disqualify you from being used by God.

-Just this week, MSNBC boasted that Christian University’s policies of abstinence and “Sex outside of marriage” as wrong is “not a very fun” experience for college students.

But, all throughout history God has had young culture shaper's who have stood against the trends. David wasn’t afraid in front of giants, Esther wasn’t afraid of Kings, The Little boy and his lunch were at the right spot at the right time, and even Jesus was used a remarkable kid. Let's just look at David and Esther for now.

As Samuel was looking to appoint the next leader over Israel, he has gone through all of the young men in Israel and cannot find the right leader, and he is about to give up. Until he asks Jesse, is there anyone else? When the last son comes and stands before Samuel, everything changes. David, the youngest of Jesse’s sons, is anointed and set up as the next king. The Holy Spirit “rushed upon David from that day forward.” (1 Samuel 16.13)

And shortly after this, the Philistines rise up against Israel for 40 days and taunt them with one of their warriors, Goliath, who was 9 feet tall and had 125 lbs of armor and a spear that weighed 30 lbs. This warrior came for 40 days to taunt Israel. And no one in the entire nation would face him. Accept David. You see, the Spirit will stand you up. He ran to the battle. He didn’t even use any armor. He simply knew he could do this because he had already killed a lion and a bear. And as David drew toward the giant warrior, the warrior and his shield bearer came to him and mocked him. You just know when the Spirit is on you.

What David said next is what every young man and woman in America must learn to say in the face of opposition or danger. “You come to me with a sword, an extra man, and a javelin. But, I come to you in the name of the Lord of Hosts whom you defy.”
When is the church going to raise up some young men and women who get ticked off when the opposition mocks God? We have raised a bunch of teenagers in America who would rather look like the world and this culture than they would try to change it. The Holy Spirit will help us stop being Consumers of culture & start being Producers of culture.

Each of you may come to a point in your life when everything is on the line. And whatever you are going through will define your life. JORDAN won a 6th championship, ALI beat Frazier, BANNISTER broke 4 min in the mile. They are Tipping Points in your life. You could go one way or another. Listen, it has never been about you, it isn’t about you now, and it will never be about you. It is about the role we can play in history. What am I willing to do for God? If I am not willing to EMPTY the things in my hands, I will never be able to ENTER the kingdom of God.

Esther had a grace. A gift. She gained favor everywhere she went. And when the King of Persia (the largest province in the known world) was looking for a queen, he ordered all of the beautiful young virgins to come before him. Among all of the women, Esther was chosen to be queen. And because of her grace, she found out about the plan for all of the Jews to be killed and was asked to go stand before the King and ask for his mercy for the Jews. In that day, anyone who went to the King without an invitation was murdered. But, she knew God had called her and she fasted and prayed for three days. When she went to the King he had mercy on the Jews and she was honored.

If we don’t step up, someone else will. How will that make you feel? Capitalize on your moment. Seize the day. When things are the worse…that is when a Culture Producer steps up. You want the ball. You want to take the last shot. And because Esther prayed and fasted, the Spirit cam upon her and she took the risk of a lifetime. If you want something you have never had before, you must do something you have never done before.

There is no doubt that God is raising up The American Christian Teenager to see  the greatest revival the world has ever seen. As in ZECHARIAH 2.8, “For this is what the Lord the Almighty says, ‘the Glorious One has sent me against the peoples that have plundered you; for whoever touches you, touches the apple of His eye.’” And also in ZECHARIAH 4.6, “Not by might, or by power; but by My Spirit says the Lord.”