The New Satan In American Culture 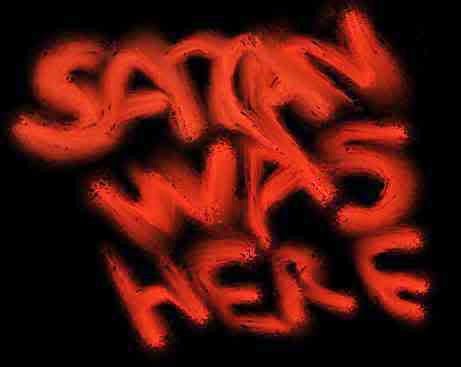 I've heard people say that Satan is masked as an Angel of Light. That He has America right where He wants it. So, He doesn't have to show up on the scene with dramatic highlights and paranormal feats. We are all caught up in materialism so He doesn't have to parade around in white. While I get that thinking, and it is biblical, don't fool yourself. Because Satan sells.

I want to address one of the themes in culture that is pervasive. It is everywhere. Hollywood movies and television delve into it, gaming platforms use it profusely, and the general public is mesmerized by it. It is the reality of mysticism or the supernatural. However, even with this inundation of the supernatural in culture, the church has fallen behind.

Whatever the reason, the church could be missing an opportunity to do two tings: first, to connect with a culture mesmerized by the supernatural. And secondly, and most importantly, the church should fight a battle that ultimately could advance Christianity quicker than any other tool.

One of the dominant themes in our culture is the fascination with mysticism. It is the spirit of the age. Call it post-modernism, de-constructionism, or humanism, it comes in many forms. Movies, television shows, music videos, gaming, and much more. It looks like innocent games like 'World of Warcraft', music videos like 'Pink Friday', multiple television shows such as 'I Am Number Four' or 'Walking Dead', and countless movies including the many 'Exorcism' series and 'Paranormal Activity'. What we cannot do in our age is forget about it. Need proof?

-World of Warcraft currently boasts 11.5 million subscribers worldwide (at its peak, 8.5 million more subscribers than the second most popular paid massively multi-player online game). One gaming critic writes, "The reach of WOW's game design is breathtaking: It's living, breathing world is immense, detailed, and varied; its musical score is awe-inspiring; and its balance and learning curve are ideal, drawing players ever deeper into a world that they may find hard to leave."

And again, if you think that Hollywood doesn't have an agenda with the supernatural:

-We see Niki Minaj performing on the Grammy's, where she acted out an exorcism. One music industry executive said, "It’s an age-old saying in Hollywood that sex sells, but with consumers finding themselves over-saturated with sexual imagery, today’s top acts are turning to something even more sinful to get our attention: Satan. Performer Nicki Minaj’s 'Pink Friday: Roman Reloaded', is getting a lot of buzz due in large part to her infamous performance where she acted out scenes from an exorcism onstage."

This blog is not an over-reaction. It is a call to the church for action. One of the vital traits of spiritual leadership in the 21st century is to be able to walk in the midst of a culture saturated by mysticism. To not only understand it, but, to be able to have authority to speak to it. What I have learned about spiritual warfare and the supernatural is that we are living in a time of unprecedented occupation with mysticism in this teen decade. And the Presence of God at the center of our lives will be seen by this culture. It is part of the meaning behind Paul's admonition to the Corinthian Church in 1 Corinthians 2.4. He said, "My message and my preaching were not with wise and persuasive words, but with a demonstration of the Spirit's power." When we walk in culture with this understanding and authority we will effect our world with greater Kingdom influence.

...Geese fly south, tides come in/out, and the sun rises in the morning and sets at night.

Spiritual warfare is just like that. There is a way. A system. An arrangement. In a Christian world, it is dark and light, it is evil and good, it is deception or truth, or it is Satan and God. Sounds orthodox, but isn't there always a way? Each of us must determine which way or matrix we are living by. If we are being led by the worldly (or, Satan's) system or way, we get the fruit of that matrix.

The two Matrix are seen in John's gospel, chapter 10. Satan's way is defined by John as, "stealing, killing, and destroying." If, however, we are being led by God's system or way, we get the fruit of that matrix. God's way is seen in the same chapter when Christ says, "I have come that they might have life."

So, whether you think there is a 'New Satan' working in the Western world or not, the church has a moment in time. When we should be taking back the heavenlies. When we should be doing something about spiritual warfare and Satanism in America. Here are a few questions:

-Are you following Darkness or light? Evil or Good? Deception or Truth? Satan or God?
-Do you know which matrix has become your system?
-What kind of understanding do you have of spiritual warfare?
-Are you authoritative or passive in intercession?

Winning this war will help you to be a spiritual leader in our world. It is very important that you have a seasoned mentor who can help train you how to walk in understanding and authority. I encourage all Christians to understand their authority and to walk in humility and power. It may not be a ministry of deliverance or exorcism, but, it could become a ministry of intercession that affects the answered prayers in the heavenlies that are sent upon the earth (Revelation 8). I encourage you to increased fasting, prayer, and dedication to God and to then walk in this world but not of it.