January 07, 2015
Over the past few weeks, there has been an unprecedented number of events that should awaken us to a real need for world order, reformation, revival, etc. Whatever you want to call it. The rise of racism in America, violence in our schools globally, the recruiting of child soldiers, and now terrorism in France are all taking center stage through news programs, newspapers, media outlets, office conversations, and social media. How does a teen generation address these issues? 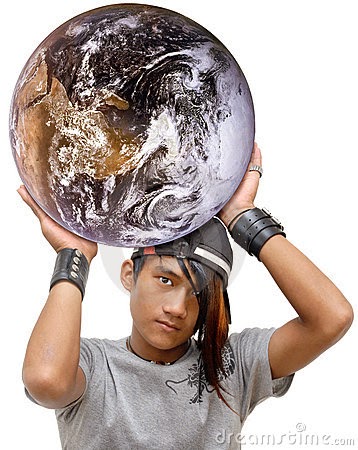 Whether it is recruiting of young people for global terrorism or young people being killed in their own schools, this generation is involved. Watching a popular network commenting on the shooting in France this morning, one of the hosts said that we cannot have another event like this without our government changing its approach. Couple that with the thoughts by Kirsten Powers in the Daily Beast challenging the silence of the Western/American church as Global Christians are facing unprecedented persecution. Whether this persecution is in the form of the Syrian slaughter of Christians, the oppression of Christians in other Middle East countries and Africa, or, the Jihad rising in France today, it has become normal to kill for religious reasons. Whether Christian believers or Satirical journalists.

Powers writes in her column, “Christians in the Middle East and Africa are being slaughtered, tortured, raped, kidnapped, beheaded, and forced to flee the birthplace of Christianity.” She continued, “One would think the horror might be consuming the pulpits and pews of American churches. Not so. The silence has been nearly deafening.”

As Kirsten Powers is exposing American Christians’ and their failure to advocate for their brothers and sisters around the world, I want to challenge The American Christian Teenager to two things in The Coming Teen Decade that we have just entered. We have 7 years from 2013-2019 that only happen once a century. Young people need to take our place on the global landscape of Christianity and stop worrying about the next movie to hit the screens, the next game to come out on X-Box, or the next album from a music industry ICON.

I first want to challenge all of The American Christian Teenagers to the greatest prayer and fasting the world has ever seen. And, secondly, to live it publicly.


First, that we live private lives of prayer and fasting for global believers and the church
How? It's easy. Break up your prayer into days. Something like this:
MONDAY - Prayer for yourself and spiritual disciplines
TUESDAY - Prayer for global leaders, missionaries, church leaders, and Christians
WEDNESDAY - Prayer for revival in the American church
THURSDAY - Prayer for all students, faculty, staff of middle and high schools in America
FRIDAY - Prayer for the lost and un-churched students globally
WEEKENDS - Praying in the Spirit for boldness and power to live it all over again next week
Additionally, I would like to call all teenagers to fast for lunch on Fridays. Just a few hours. And to pray for all of these things above and review your prayer week in 30 minutes every Friday.


Second, that we live public lives that profess that power gained from private intercession
If we are going to meet the task of an American renewal, we must ask for the power of the Holy Spirit in our lives. Our natural attempts are not working. And they never have worked so it should not surprise us. If someone doesn't stand for Christianity now, someone else is going to stand against it. And if that happens, as it already is in other parts of the world, we are going to see persecution in America as we are seeing it in the East.
We can do this with a few changes:
-TAKE A GLOBAL MISSIONS TRIP in high school
-SUPPORT A GLOBAL MISSIONARY with your own finances
-PRAY OVER YOUR MEAL publicly at school or with your friends when you are out to eat
-USE THE CLASSROOM for Godly speeches or conversation
-PLAY CHRISTIAN MUSIC in your car or when your friends are over
-USE APOLOGETICS in daily conversation about these issues
-ASK GOD FOR PROPHETIC WORDS of wisdom and knowledge for people


In 30 years of youth ministry, and, in reading the stories of previous American Christians, I have seen movements in the US that have approached viral proportions. But, what most American Christian Teenagers have lacked is true intercession, fasting, and involvement. Jesus called it a "this kind" of ministry. It was different. And that took persistence and sacrifice.

History is clear that every renewal of significance in America was begun by young people. And the Spirit is no less powerful and real today. With the rise of so many issues in our world like racism, violence, and terrorism, where is The American Christian Teenager? As Powers begs for Western Jesus-followers to be more aware or engaged on this issue of global persecution of Christians, I want to challenge The American Christian Teenager to these two simple and attainable goals. Personal prayer and fasting. And public profession of that power.