A Different Kind Of Protest: A Tribute To Martin Luther King, Jr. 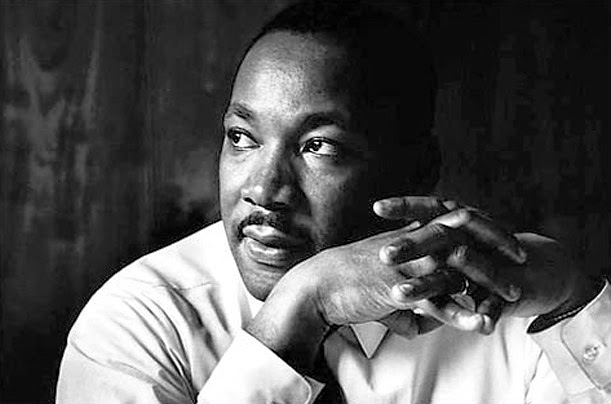 This morning while I listened to several recordings of Martin Luther King, Jr., I was stirred to challenge a new generation of voices in America. We need more voices today like the one we celebrate on this great Holiday. Martin Luther King, Jr. was different. He set a model for us in our fight for equality that must not only be remembered today, but, modeled.

So much of the angst and the racial division we have today in American protesting stems from a lack of understanding the incredible content of Martin Luther King, Jr and how he operated. Consider the following characteristics of this man and his work in the midst of a time in America where racial tension was significantly worse than it is today. The injustice of the 40's through the 60's against blacks was inhumane. Yet, with dignity and effect, Martin Luther King, Jr. was different:

His presence was respectful and spiritual and formidable. As seen in this March on the Pettus Bridge during the height of the race wars:

"A third march was planned and this time King made sure he was on it. Not wanting to alienate southern judges by violating the restraining order, a different tact was taken. On March 9, 1965, a procession of 2,500 marchers, both black and white, set out once again to cross the Pettus Bridge and confronted barricades and state troopers. Instead of forcing a confrontation, King led his followers to kneel in prayer and they then turned back. The event caused King the loss of support among some younger African-American leaders, but it nonetheless aroused support for the passage of the Voting Rights Act of 1965."

The influence was revolutionary. From the unity seen in Montgomery, Selma, Atlanta, Bus Boycotts, Bridge Marches, Campus Flyers, Civil Disobedience, and the hundreds of youth and young adults who were enlisted to use a formula that engaged an entire nation. From social, political, educational, and entertainment leaders such as Rosa Parks, Bayard Rustin, Condolezza Rice, Ronald Regan, and Stevie Wonder, there were many young leaders influenced by King. And because of the content of Martin Luther King, Jr. and his life, America's head was turning to equity from these southern states all the way to Washington, DC and the White House.

One of the things that we have seen lessen the power of social reform and equality is the electoral or political protesting we see today. As in the day of Martin Luther King, Jr., we must see the church rise again and find it's place in this conversation. I am praying today for a generation of young people to stand in the same manner. With the same kind of character and influence. With the same kind of principles and power. A generation that exhibits social reform through lives of dedication and biblical principle.

We cannot deny that much of the social and political change throughout American history began when the super-natural principles of the scriptures came alive in society through key leaders like Martin Luther King, Jr. (Note also the impact of christian revivals upon our Universities and Government throughout American history. That influence is for another blog). American politics is missing this spiritual influence that marked our early days of formation. But, I am praying for just such a movement in young social, political, educational, and entertainment leaders who will be shaping our country in years to come. If the Lord tarries.