There Is An "Elephant In America's Room" 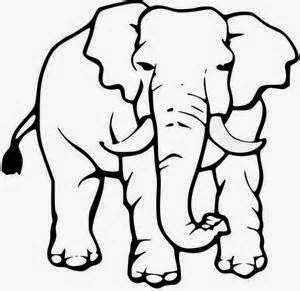 In our culture in America right now, it is "the elephant in the room". It is the "big idea" that no one wants to talk about. The elephant is so obvious. It's everywhere. And no one wants to admit it. You can see it everywhere and it cannot be hidden. We don't want to talk about it either. White people understand how prevalent it is. Black people are as vocal about it also. Hispanics are pointing to it. And the Hmong that I know are drawing attention to it.

Racism is wrong. Partiality is cruel. Segregation is evil. Preferential treatment isn't honorable. Because it encompasses so many sectors. It is more than preferential treatment of the races. It is preference for economy, social status, religion, or gender, or otherwise. This blog is a warning to all of us of not seeing "the elephant in the room".

The bible does not justify partiality in any form. The argument of what became a popular form of slave service in the OT crossed more than racial lines. And, with a flurry of NT support, we need to see that the preferential treatment of anyone, regardless of their race, social status, or economic makeup, is quoted by James, the brother of Jesus, as “the sin of partiality” (James 2.1-9). And, aside from so many other texts, even the last visions of bible history under the anointing of the Holy Spirit include every tribe, tongue, and nation worshiping together for eternity under the name of Christ (Revelation 5, 7, 20, 21, and 22).

America is experiencing turbulent times because we have a problem with race, economic, status, religious, and even gender relations. We have these issues because of a greater problem though. What are we looking for? What are we willing to see? I really believe "the elephant in the room" in America today is not what we are talking about. However, it may not be what you are thinking.


What I am talking about is obvious. "The elephant in the room" is the honor and respect and equity movement that I see thriving in the young people of America. I'm sure it won't be popular, but, instead of criticizing a culture that is broken by partiality, I want to take a few minutes and celebrate the wins that I see in American youth culture. If you will look around the room you can see it. It's obvious. It all depends on what you are looking for. I see the 'elephant', do you?

1. The elephant is the many young people in our culture who do not care what the talking heads crying 'racism' think

2. The elephant is that most young people don't care what race, economic, social status, religious, and even gender you are in their relational or social circles

3. The elephant will never be seen unless a main-stream news media will tell us that it is there

4. The elephant is the athletic team that has grown beyond the race issue and embraced diversity years in advance of a culture that is slow to fall in line

5. The elephant is increased acceptance of mixed marriages both in culture and in the church

6. The elephant is that there are thousands of stories of unity and healing that have not been added to the plethora of negative stories that are being told daily

Because the US wants to ban travel to Liberians (remember not every Liberian is black) to America for fear of the Ebola virus, or, a white police officer shot a black teenager, or, a Hispanic man killed a black man, or, black teens attacked a white girl, does that make America racist? Of course not. It only tells us that we have racism in America. The trace existence of racist traits in a few do not create a meme that is out of control and ultimately damns an entire nation

Please understand that I am not saying that racism or partiality in any form does not exist. If you are thinking that right now, you need a mental reformation and framework adjustment. Listen deeply to these thoughts. If you stare at a kaleidoscope you will see kaleidoscope. Open our eyes to see the emergence of a generation of honor and unity who see the hope of a nation unified in unity and honor.

Every sociological study done in the past 4 years has shown a major trait of this generation is that they are much more group-oriented and positive than the last 2 generations. Maybe it's time we introduce the elephant in the room. And stop denying the impact that young people in unity can have on our nation. The narrative of an angry generation who won't let us forget isn't healing. It is dividing even more. Maybe we need to identify the movement of honor that could have one of the great civil rights impacts upon our nation that we have ever seen.