December 31, 2014
The Teen Decade is upon us. As you have heard on this blog many times the past 3 years, it is the one decade in every century during the 7 years of 2013-2019. To close out 2014 and to bring in 2015, let's look at a game changing challenge for every teen in America. To bring balance to their social media. 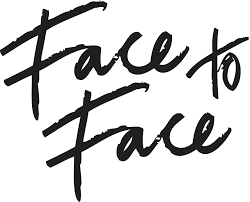 There. I said it! It is called the 'lingua franca', or, a common language between people of different eras, backgrounds, or even nationalities. This generation of young people have a 'lingua franca'. I would call it social media, and, texting specifically. It is how this generation speaks to one another. And I think they don't realize how beautiful their ability to communicate really is. Just look at these following facts:

80% of boomers use texting

teens average 60 texts daily
young people talk through texts more than live to their peers
in 2012, the number of teens on Instagram more than doubled from 12 to 30 percent
Facebook/Twitter, the former 1 & 2 choice of teen social media, give way to Instagram

It is something that has taken the place of personal relationships. That research is abundant. And will only continue to be the cause of broken relationships and disintegrating communication. So, what do we do? Do we fight the struggle as the proverbial 'Ant In Front Of The Train'? Or, do we trade with them? Listen, I understand this is insane to even talk about. But, what if? Here are a few ways to trade or balance the 'lingua franca' of American teens:

1. Ask teenagers to limit their social media when they are in public
2. Put the phone down in a group
3. Because teens spend about 7 hours daily on social media, challenge them to 3.5
4. Post to Instagram (or one social media platform) and share to others and limit multiple posting time
5. Goal: do not text when your friends are with you - talk with them

These will help you start the trek back to deeper relationships. It is almost an unrealistic goal. I know this. And that is why I am challenging teens to make these critical changes. The New Year Resolution, or whatever you want to call this, could become a game changer for you. As one of the biggest hits of the teen generation says, 'You Don't Know You're Beautiful'. We must get young people to know they have a remarkable ability to communicate. So why not make 2015 the year to attempt face to face friendship and not just on the screen. #lessscreenin15