What If The Hokey-Pokey Is Really What It's All About?

One of the highlights of the camp season in 2014 was the message about Dying To Selfie. We asked young people the most important What if question. What would happen if we Died To Selfie? I mean we really don't know until it happens... 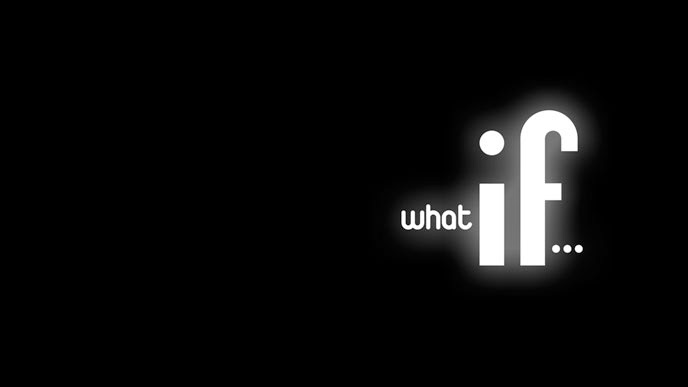 We cannot live in 'what if's'. You cannot change your actions from the past. It's a scenario that is unrealistic. You can, however, change your actions moving forward. Like, what would happen if  I exercised more, or, what if  I stopped sleeping in til 2 pm, or, what if  I chose the right friends this coming school year? We should live with the power of sowing and reaping. The most powerful what if is to ask what would happen if I died to myself? A popular classic story called In His Steps was written by Charles Sheldon. In that book a pastor asked his congregation to do nothing for a year without first asking the question, 'What Would Jesus Do'? And this became the thrust behind the WWJD movement. If I do this, then this will happen...

For instance, I cannot go back and change my past. What if I had not broken into the school store over Christmas break when I was a freshman in High School? What If I would have never thrown those blueberries at the car on the highway? What if I would have never sat at Jane’s table at Evangel University the first week of college? I cannot go back and reverse those things. But, understanding the idea of sowing and reaping will help me to make the right decisions in my future.

Have you ever played the What If game?

Ok, this is definitely unrealistic, but, it's funny to think about. These kind of thoughts make us think beyond. To be people who dream or ask the impossible. To be the kind of person that is willing to not accept things the way they are. To remove a lid or ceiling and 'imagineer'. To use your mind and create something that isn't really possible.

The catch is that Christianity is all about the power of the If. That when we sow certain things, we can reap a certain thing. In Matthew 7 Jesus spoke of the absurdity of a healthy tree bearing bad fruit. Are grapes gathered from thorn-bushes? In 2 Corinthians 5 Paul states that if we are a new creation in Christ, old things pass away and new things come forth. Galatians 6 speaks of the importance of Sowing and Reaping also.

We looked at another text 2 Chronicles 7.14, "When I shut up the heavens so that there is no rain, or command locusts to devour the land, or even send a plague among my people, If my people, who are called by My name, will humble themselves, and pray and seek My face, and turn from their wicked ways, then I will hear from heaven, forgive their sin, and will heal their land. My eyes will be open and My ears attentive to the prayers offered in this place.”

Young people love to be straight. Just tell me like it is! This is exactly what 2 Chronicles promises. Our text is set in the midst of a great day for Israel. Before our text, in chapter 6, the people of Israel were not in a good situation. The temple had been destroyed. Israel was ravaged by its enemies and devastated and in ruins. The nation of Israel needed to be rebuilt. Most of us have heard this response in chapter 7 from the Lord to Solomon’s prayer for national revival. It is the national condition found in chapter 6 that caused the need for a rebuild.


If we do this, then God will do this. God always keeps His promises. But, they are tied to our actions and obedience. Because of the response of the people, the temple was rebuilt and Israel saw a revival. It took 7 years, but, it was worth it. And the Lord promised them that If they would act a certain way, He would always answer them. He answered them so well that He built a Temple that would have cost more than 150 billion dollars today.

That is 150 times greater than the Dallas Cowboys and the Minnesota Vikings stadiums!


The power of the If  has happened throughout the bible and history. Look at these moments and the people who were changed when they were willing to Die To Selfie: Moses was used to lead over a million people when he decided to say 'yes' to the Lord. Joseph was released from prison to the palace because he did not exact revenge upon people in his life. David was anointed King in a moment where he was willing to lay his life down for Israel as they faced the Philistines. Hosea married a prostitute and became a great prophet because he was obedient and didn't succumb to the pressure of his friends. Mary was delivered from 7 demons and left who she was to serve the Lord. Peter had a major pride issue one moment and laid down his life the next and was one of the foundations of the church. And what about Paul and the 180 degree turn in his life when he said that he would be crucified with Christ and and lose himself for the sake of the Gospel. Each of these people saw the power of the If.

It's amazing what can happen when we are willing to ask What if? Especially as it relates to that most important question of dying to self. Jesus said that If  we wanted to be his disciple we need to 'take up our cross daily' (Luke 9.23) It's simple. If  you want to be a disciple of Christ, you have to 'Die To Selfie'.

You see, you don't have to worry that The Hokey-Pokey is really what it's all about. Because it's really all about Dying To Selfie.