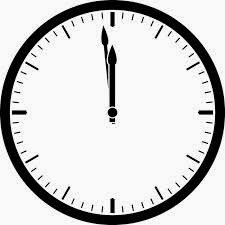 
Watching the Super Bowl til the 2-minute warning. Almost.
Tried to make Varsity. But stuck on JV. Almost.
Like losses at game-time, cuz no winners at practice-time. Almost.

Like family vacation, with your brother and sister. In the backseat, windows down.
Wind in your hair, and you shout out, ‘Are we there yet’? Almost.
Almost to the finish line, Almost won the lottery, Almost doesn’t work you see.

Sitting in the classroom, you’re not feeling it. The teacher is speaking,
but you are dreamin’. Not the valedictorian. Almost.
Party over here, party over there, looking forward to the weekend, and more despair. Almost.

He presses you for sex that you really don’t want now.
But you don’t like you, and it’s too hard to turn down. Almost.
So you live with the outcomes, and hope for the best, knowing you didn’t pass the test.  Almost to the finish line, Almost won the lottery, Almost doesn’t work you see.

Going to the Youth Group. But not living the truth. Almost.
Going to camp. But not obeying the 'rents. Almost.
Raising your hands when Hillsong is leading,
but, at the same time, you’re thinking, wow, look what she’s wearing. Almost.
Almost to the finish line, Almost won the lottery, Almost doesn’t work you see.

I give Him an hour on Sundays and read my Bible on some-days.
I think I’m 100, but I’m not even 50.
We can’t be Almost You or Almost Me. It’s either YOU or ME.
And we can’t be halfway to Heaven or halfway to Hell.
Almost won’t save you or me.

You know the Creator and a Garden narrative. A Tree, an Apple, and a Serpent.
A Boy. And a Girl. A mistake. But that's not your fate.
You know the Commandments. You know A Cross, An Earthquake, And a Tomb.
All the Stories. That He is coming again, if you call upon Him.
You can know His Glory.