The Duct Tape Cross and Romans 7

July 24, 2012
In Michigan at the Eastern Region Summer Camp for the Open Bible denomination. Great start. One of the best worship teams I have worked with. Their version of Lead Me To The Cross (United) for my message 'The Duct Tape Cross' brought the house down. You should have seen hundreds of students and leaders tear off the duct tape (the flesh) from their life and place it on the cross. This cross has been through the Midwest and had over 2,000 students place pieces of duct tape upon it. 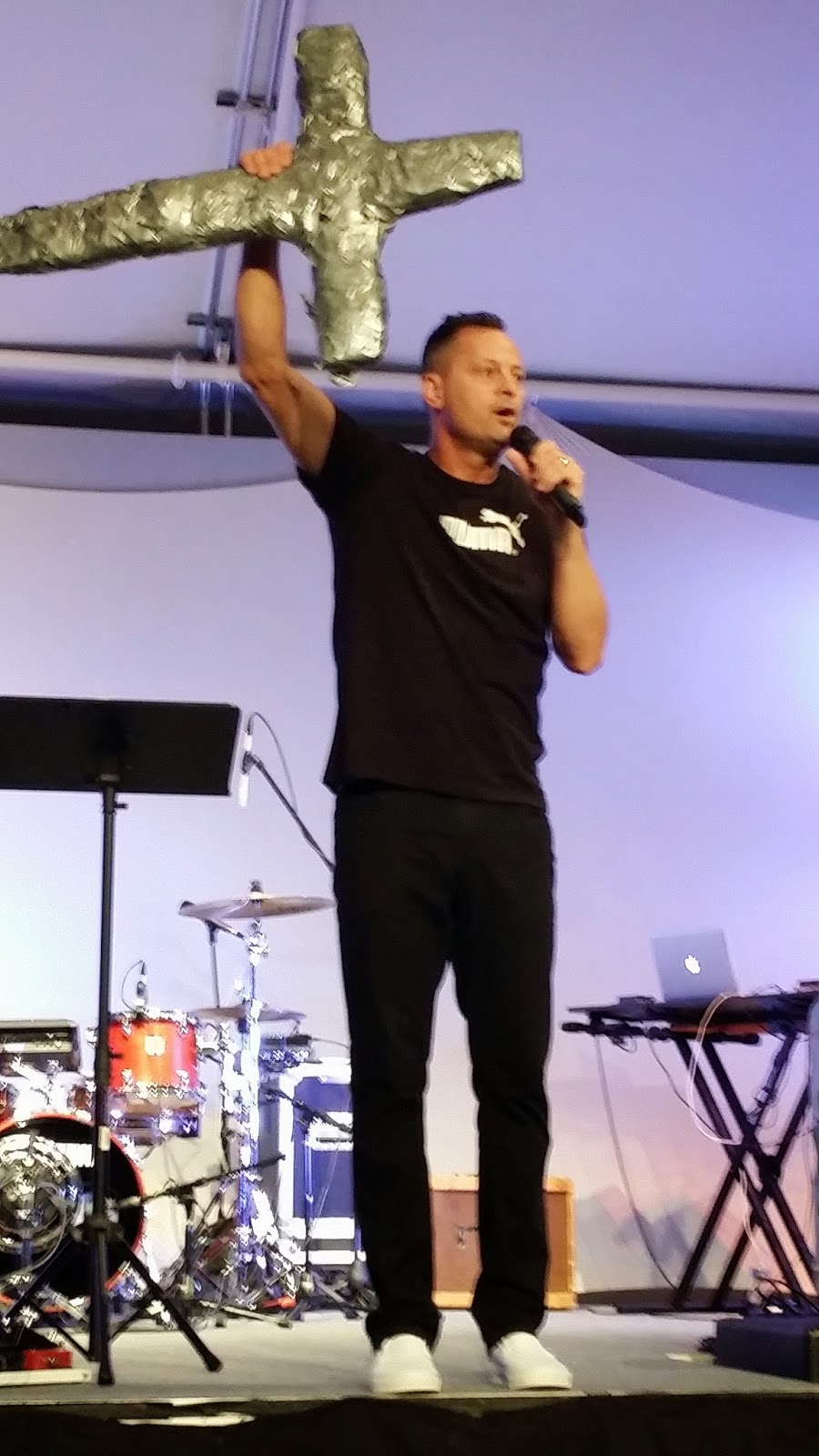 As the students walked into the service tonight, a piece of duct tape was placed upon them. Paul pleaded in Romans 7 for someone to release him from this body of death that will not allow him to do the right things. This message is about dying to the things that we don't want to do. During my message, students were writing all kinds of things on their duct tape. Cutting, addictions, pornography, fear, laziness, music, time, peers/friends, and pride.That was only the beginning of the kind of things on the duct tape that were placed upon the cross tonight.

As Jorie Grenell and I went back to the room, we were looking at the cross reading all of the things written on the duct tape. I said to her that these should be the best times of these teenagers lives, but, look at what they are dealing with. If you work with young people today you know what I'm talking about.

In Thomas Costain’s history writings of 'The Three Edwards', he described the life of Raynald III, a fourteenth-century duke in what is now Belgium. Grossly overweight, Raynald was commonly called by his Latin nickname, Crassus, which means “fat.”

After a violent quarrel, Raynald’s younger brother Edward led a successful revolt against him. Edward captured Raynald but did not kill him. Instead, he built a room around Raynald in the Nieuwkerk castle and promised him he could regain his title and property as soon as he was able to leave the room. This would not have been difficult for most people since the room had several windows and a door of near-normal size, and none was locked or barred. The problem was Raynald’s size. To regain his freedom, he needed to lose weight.

But Edward knew his older brother, and each day he sent a variety of delicious foods. Instead of dieting his way out of prison, Raynald grew fatter.

When Duke Edward was accused of cruelty, he had a ready answer: “My brother is not a prisoner. He may leave when he so wills.”

Raynald stayed in that room for ten years and wasn’t released until after Edward died in battle. By then his health was so ruined he died within a year of his release from the room…a prisoner of his own appetite.

Hopefully tonight there have been many leaders and students released from this body of death and are no longer prisoners of their own appetite.